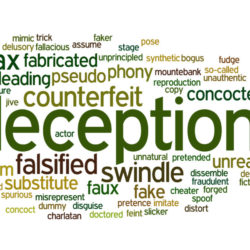 A few days ago it was reported that Israel’s Defense Forces has used deception against Hezbollah, making the latter believe its strike against the IDF was successful and caused several injured soldiers. It’s not the first time deception has been used to trick enemies and in other dangerous situations, here are some examples… #1 – Read more about Deception in real-world situations[…]

OK, maybe not all of them, but here’s the story.. Last month Microsoft released its usual OS updates to Windows on what is known to be Patch Tuesday. Not long after reports started to appear regarding machines freezing that are unable to load after a reboot. It turned out to be an issue with several Read more about AVs: The Windows update that broke them all![…]